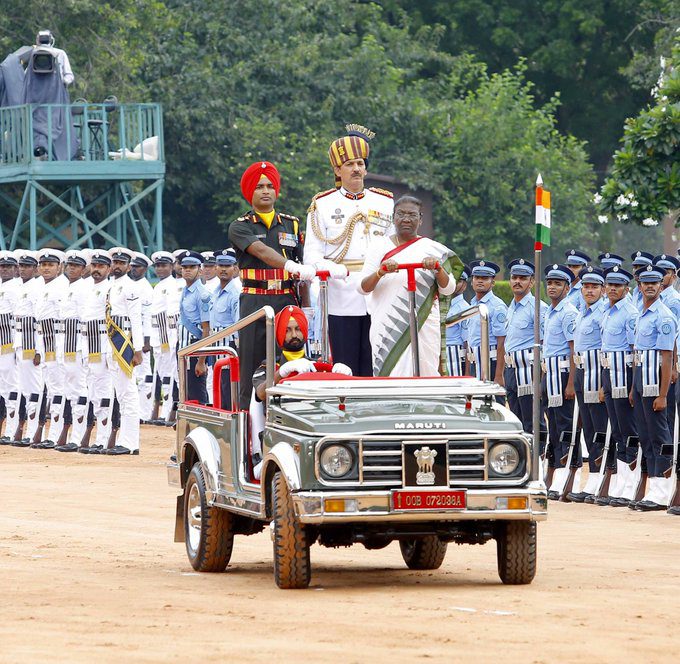 Droupadi Murmu – The President Of India

Droupadi Murmu took oath as the 15th President and the supreme commander of the Indian Armed Forces of India. She is now the first tribal and the second Woman to be the president of India. In the Central Hall of the Parliament, Draopadi Murmu administered the Oath by Chief Justice of India N.V. Ramana. The ceremony was attended by Prime Minister Narendra Modi and other senior politicians.

Droupadi Murmu was nominated by the National Democratic Alliance.

Her opponent in the Presidential election was Yashwant Sinha, whom she defeated by a huge margin.

All You Need To Know :

Droupadi Murmu was born in a Santhali tribe community of a village in Mayurbhanj district, Odisha.

She started working as a school teacher and then as a government clerk.

She joined politics in 1997 with Bhartiya Janata Party.

She was the Councilor of the Rairangpur Nagar Panchayat, and in 2000, she became the chairman.

She also served as the National Vice President of BJP schedule Tribes Morcha.