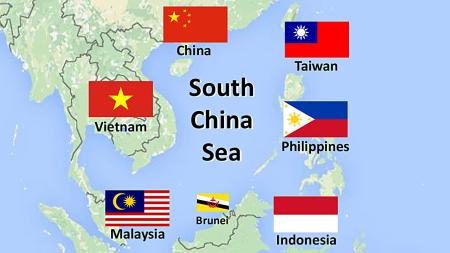 In early Jan 2018, Philippines expressed displeasure over the construction of airbase on a manmade island in south china sea by China.

Besides Philippines, similar content was expressed by other maritime neighbours of China.

It is pertinent to know

Likewise a particular area surrounded by multiple security layers to deny access to other nations .

Therefore the area is then claimed subsequently.

The relevance of south china sea for India

Region is vital to India’s growing energy needs. Most importantly, India’s trade through Malacca Strait and south china sea has been steadily increasing.

Besides that because of  RCEP with ASEAN+ nations trade volume is expected to go up.

In 2015, Japan included in malabar naval exercise between India and US. Therefore Inclusion of Japan will help India in increasing its military presence in South china sea.

Most Importantly these 4 nations expected to contain China’s aggression in the region.

Therefore, the biggest challenge before Indian policymakers is how to protect country’s interest in south china sea without disturbing cordial relations with China .