Facts about Para SF: the men behind the Surgical Strikes 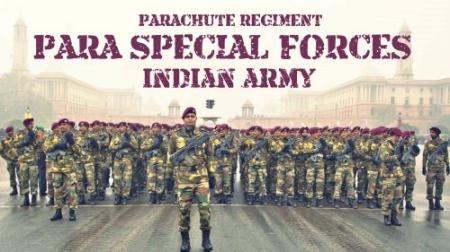 Facts about Para SF: the men behind the Surgical Strikes

Hello friends, hope you are hale and hearty.

In today’s blog we are basically going to tell you some facts about the elite Para SF of the Indian Army.

Friends, the Para SF was the force of the Indian Army which took part in the surgical strikes in 2016.

Para SF is a special force unit of the Indian Army and is a part of the Parachute Regiment.

Every soldier aspires to become a part of this deadly force to see direct actions with the enemy.

But, road to go become a part of Para SF is not everyone’s cup of to, it needs extreme dedication and boldness.

Following are the facts about the Para SF

How to become a part of Para SF

For becoming a part of the Para SF is not easy, it requires nerve of steel, because the force is known to do impossible.

Firstly, to be a part of the SF, one must have completed the basic military training. There is no direct way of joining special forces. You first need to join Indian Army

Secondly, the person who volunteers to join the SF must encompass administrative procedure and medical standards.

Lastly, the volunteers undergo a rigorous probation of 90 days comprising of extreme physical and mental tests. The dropout rate is very high.

Those who fail go back to their parent regiment, while those who succeed are inducted to the Para SF.

Hope this blog helped you to know the Para SF’s and moreover add up to your knowledge.