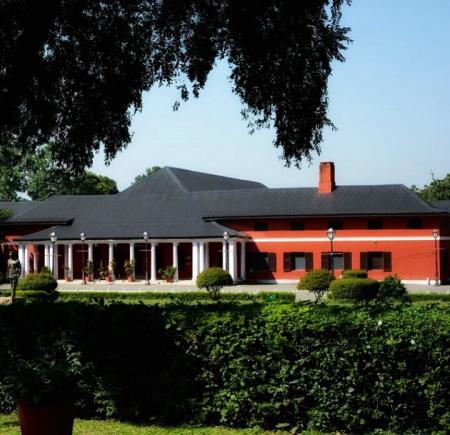 The passing out parade of the prestigious Indian Military Academy(Dehradun) was organized on December 08,2018 and with that the Indian army got 347 new Young Officers to defend the motherland. While moving on the Drill Square in front of the Historic Chetwood Building Gentleman Cadet stepped on the IMA song. 427 GC's including 80 FGC's crossed the Antim Pag and became the dedicated officers in the Indian Army. The warriors achieved their dream after the two-year stringent training at the Indian Military Academy.

Meanwhile,the senior and retired officers of the Indian Army including Commandant-in-Chief General SK Jha and Deputy Commandant Major General JS Nehra were present at the extremely wonderful passing out parade of the academy.

A total of 347 Indian GC's completed the ‘Last Step’ on the edge of the Chetwode Building before being commissioned as Lieutenants in the Indian Army. Vice Chief of Army Staff (VCOAS) Lieutenant General Devraj Anbu reviewed the parade..

• Uttar Pradesh topped in the number of the cadets passed out from the Indian Military Academy (IMA).

• Despite the low population,the fourth and the fifth highest number of 26 and 25 GC's were passed out from Uttarakhand and Delhi.

•The Sword of Honor and The Gold Medal were awarded to GC Arjun Thakur.

•The Silver Medal was awarded to GC Gurvir Singh Talwar.

•The Bronze Medal was awarded to GC Gurvansh Singh Gosal.

•Lastly, the Chief of Army Staff Banner was earned by Sangro Company of the Indian Military Academy.