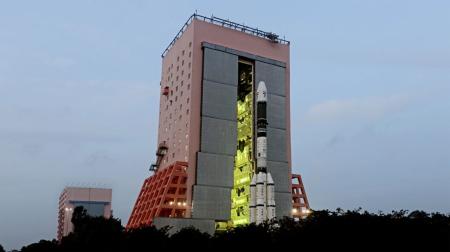 Hello Defence Aspirants, How's the Josh? Today in this post I'll share one of the questions that was recently asked by an Interviewing officer in AFSB Gandhinagar.

It was about GSAT-7A. This is the latest communication satellite of India.

GSAT-7A latest satellite by ISRO, launched on 19th December 2018 from Sriharikota. It's a satellite for defence forces of India. GSLV F11 will carry it. Besides that, it's 35th  communication satellite of ISRO.

You need to know that ISRO built it primarily for IAF and Indian Army. It will prove to be very useful for our country. Most importantly for Indian Air Force.

Allow me to tell you few benefits of GSAT 7A :

Moreover, Indian Navy became independent of foreign satellites because of GSAT 7 launch in 2013 . In the same way positive results are expected from GSAT 7A . Therefore to sum up , we can say that clearly GSAT 7A is a step ahead to improve communication and add more power to Indian Air Force.

Well this was all that you need to know about GSAT-7A. In the next post I'll share few Engineering questions asked by IO .

Stay connected to DDE for more.